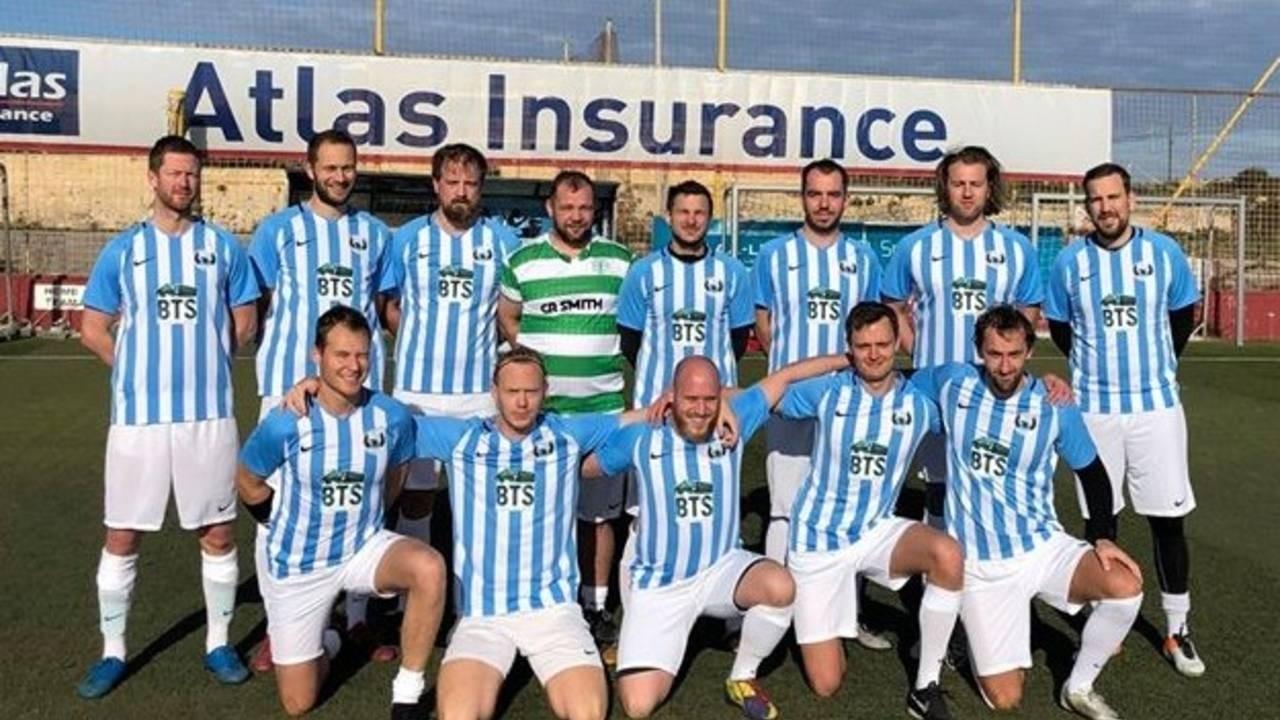 A match between the third of the league vs the fourth of the league promised to be a good one... and it was, at least for our side!

We started with our usual 3-4-3 formation.

The first 10 minutes both teams were pretty much on the same level until FC Scandinavia took the lead.

Starting almost from the halfway line Jens Schmeig had options to pass left to Abner Dos Santos Pinto or right to Fredrik Johansson.

Not being properly attacked until the 16-yard box he took the most simple decision and surprised the keeper with the shot instead of the pass. 1:0 FCS!
The lead gave us even more self-confidence and we started to dominate our opponents with high ball possession, great combinations, and full control.

This resulted in several big chances and lead to a very rare moment: One of the opportunities was taken by Fredrik Johansson!!, who marked with his first goal this season the 2:0 half time lead!

Second half we missed many chances to finally decide that game.

One of the only mistakes of our defense (Karl-Tim Ibald, Lewis Constable and Mikis Sønderriis) today was luckily missed by GT Dragons in a 1vs1 situation versus goalkeeper Bjørnar Spartan Heggernes who managed to close down the angle for their striker.

The very last attack was another beautiful combination with half the team involved and our Brasilian striker Abner Dos Santos Pinto finished a great pass from Fredrik Johansson, 3:0!

One of the best performances this season, gives us the 7th win out of the last 8 matches, with 5 clean sheets even!

Absolutely deserved win from the start until the end. Well done boys! And welcome back Jesper Löfgren, who got injured in the first league match and finally was back on the pitch with a great performance as well!