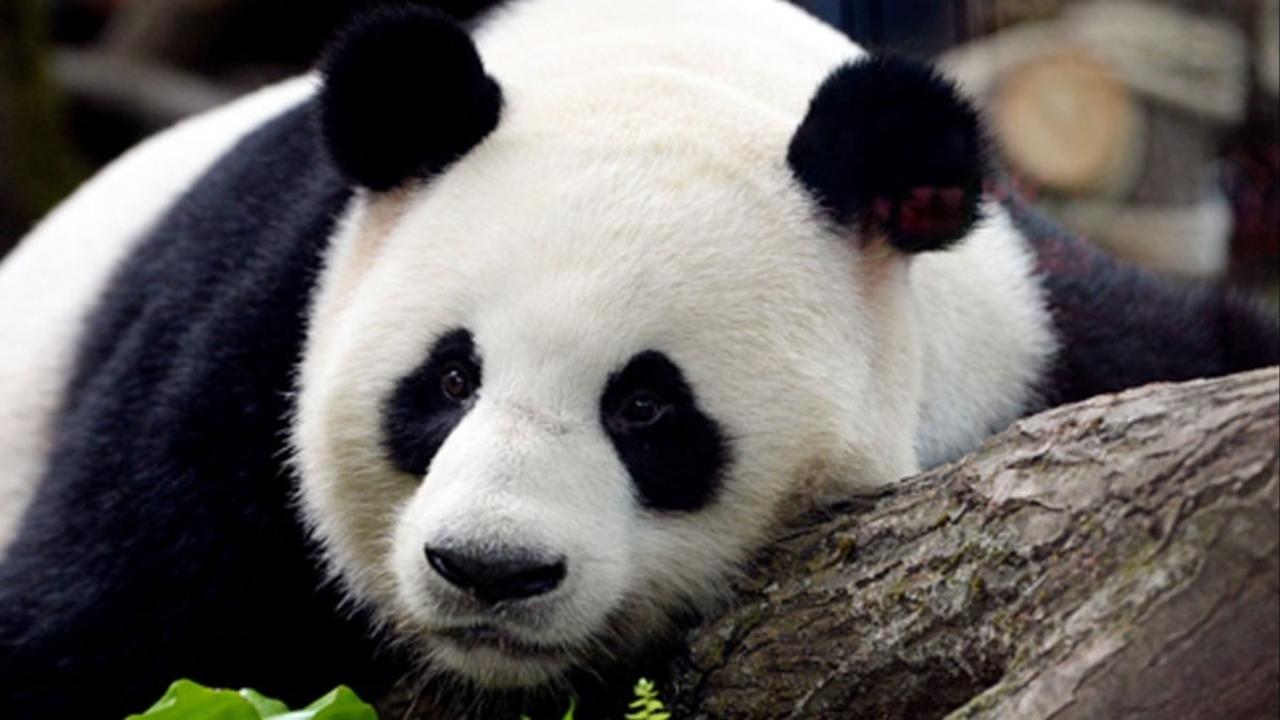 In case you don’t know me yet, I am a 21-year-old Poker player from Austria. Started playing in 2009 when I was 12. As I didn’t speak much English back then, I was forced to get my content from german speaking sources. So I joined the biggest German poker community, which was also at the same time full of world class FLH players. That’s the reason started playing FLH. Over the years I started also learning different games, from PLO to Razz and 27TD. Finally, when I turned 18, I decided to move to Malta. There I lived for two years with MMAsherdog and also met many other cool people, which inspired me to start playing NLH. Which was a great decision, as it also improved my limit hold’em game a lot.
As I like to teach poker and think a lot about the theory, I started making videos for Pokerstrategy.com and RunItOnce in 2015. Later the same year, MMA, Svansa and I decided to start our CFP project, and two years later we have a great team around us, and together we try to improve BluffTheSpot every day to offer our students the best coaching experience and help them to move up in stakes.

After I have been nearly one month in Malta to start the BTS Grindhouse, I am finally back in Austria. The last week was very sick played a lot of poker and won over 30 Stacks in 5K hands. Unfortunately, the last two days were pretty bad lost around half of the stacks again, but mostly on higher stakes. Games are pretty good atm; I assume it is because of the SCOOP.
Talking about SCOOP, I usually only play the FLH events.  Unfortunately, I busted the 2K event.
Had mainly non FLH regs (like Jungleman, Isildur1, BencB, ShaunDeeb, Calvin Anderson,…) on the table, but not a fish

Here a hand against Jungle, I assume the “Dreammachine” is real

The 200$ Event had some server issues, so all the players who were still in the tournament, got some money. 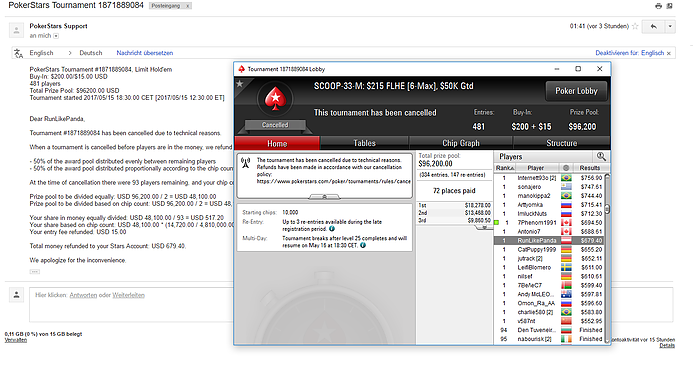 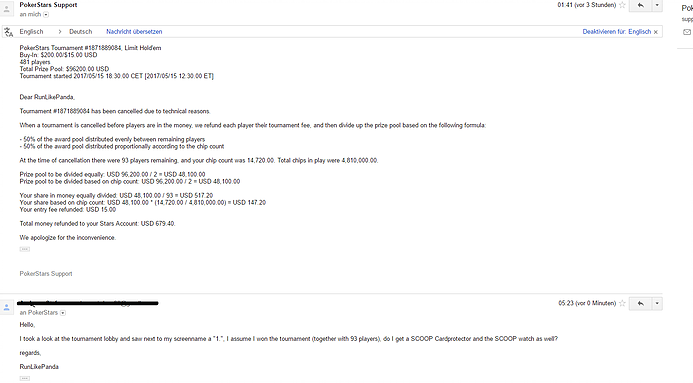 I tried to go for it, but they later answered that I don’t get a cardprotector and that there are no watches anymore

Yesterday I got approached to have a short Strategy segment on the latest 2p2 Podcast. Which was very cool, but I was so fkning nervous and had a short black out ^^ I think they edited it though. Here is the link if someone is interested.

I will very likely go to Vegas this year around 14th of June to play the FLH Events, the Main and some FLH cash game. Also looking forward to the EDC.

It will be my 2nd time in Vegas, already went 2 years ago, but as I was underage, I couldn’t really do anything and was mainly in the Lab xD