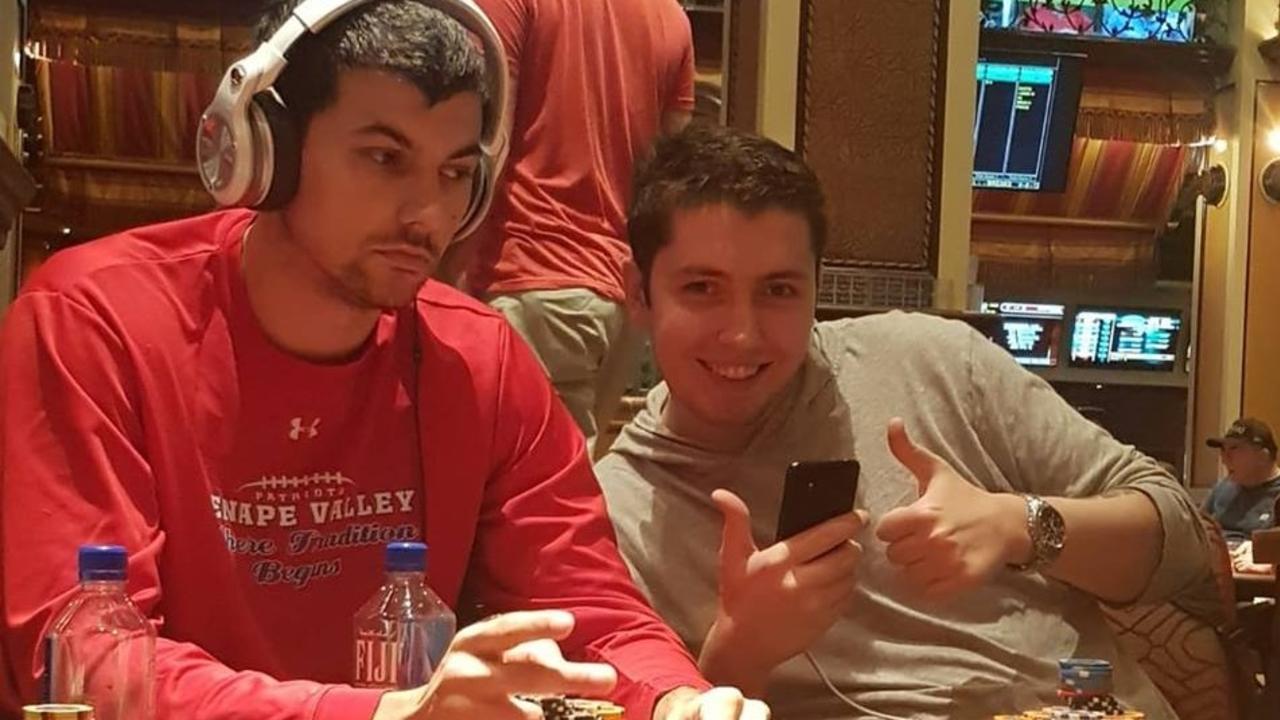 Today was a rly fun day. After doing the update this morning I went out to play. It was only when I got to the Bellagio that I realised just how hungover I was. When me and JP degenerate we drink sex on the beaches, a deathly cocktail that will **** you up in an hour easily. All of the boys were on them last night, and as a result I was hanging all day. Anyway get to Bellagio, get straight into a 10/20 game that is blah. I played a bit too loose and a bit too spewy, and I was down a few k. I played one fun hand at this table. There’s a reg in the game called Manuel who plays a limp-only strategy from everything other than CO+. When I first saw this strat I immediately scoffed at it but having seen him play over the past week or two, he’s very good, very balanced, and plays the strat very well. Nice guy too. Anyway he limps UTG, and I isolate AKo +2. +3 is the only rec in the game (and he’s grinding china plo on his fkn phone) calls, and it folds back to Manuel who raises to 360. I’ve seen him do this a few times as a bluff, and even a couple of times when there’s been an iso and an overcall. I don’t think 4betting here makes much sense as 1) we fold out his bluffs 2) we are flipping vs QQ-TT and 3) we fold out the only rec in the game, and we have them both dominated so often here. I flat, rec folds. Flop is 553ccx. He bets like 40% I think, and I call. Tx turn goes x/x. River is another 5 and he bets 1200. I took a couple of minutes and decided to hero it off. We block AA/KK, I don’t expect him to ever check JJ/QQ OTT for protection purposes, and there’s only 1 combo of A5s left. I expect to see TT or a bluff here. So I called and he showed me QQ, which suprised me tbh. Only decent hand I won at this table, EP opens, I call KhJx in CO (def not standard but the only rec in the game is in the blinds), and BB calls. Flop is 468hhx. X to me and I bet 120 into 190, original raiser calls. Turn Jx, he x and I bet 300. He calls. River bricks off and he x’s again. This is a spot where most xb but we have the best hand almost always here so decided to bet 700, got called pretty quickly and he mucked.

I get moved to the main game and get AQs in vs an unknown first orbit for like 70bb. Flop is Q high and I’m dead to running aces lol. The guy in question was the nnnnnnnnnittiest dude you’ve ever seen in your life, wouldn’t even get in AKo pre vs this guy in hindsight. Anyway I’m down around 7k for the day having just bled chips in the most tilting way. I’m literally about to leave when I win an 8k pot. Yesterday I was saved from leaving the Bellagio in the nick of time, today I got a double just in the nick of time. I open 66 in MP, the BTN who is a very good midstakes Stars player that I finally got to meet today makes it 180, I defend. Flop is K62hhx. He bets 140 into 390 and I call. Turn is 9h. It goes x/x. River 8x, I x and he bets 600 into 670ish. I rip for 3500 total and I get a call after a minute or so. He looked a bit bemused but I think I played it well. That gets me up to 8k and I never looked back after that. The hands are in no particular order…

UTG European reg who I had a lot of fun playing with today opens, I call 99 in CO and we go HU to the flop. 256r. He bets 80 into 130, I call. Turn 5x, he xs and I bet 220 into 310, he calls. River Kx and similar to the KJ hand, when you think about live players and their range in these spots, we’ve got the best hand a looooooot of the time. Plus this guy I think perceives me to be a bit spewy and not good, so we get called pretty light here imo. I bet 480 into 750 and he calls pretty quickly. Proud of this one, even if I sent it to Everest17 and he said it was super standard

I open QTo in MP, get a few calls, and the super nit from the hand before calls too. 4 ways to a flop is 873r, x’s round. 9x turn and nit leads for 160 into 240, only I call. River 6x and he checks quickly. As I started reaching for chips I had intended to bet 20% pot OTR. I quickly calculated the size of the pot and decided to bet 400 instead. He snap calls and snap shows 88. No good brah!

And now for an awful awful hand. Two Asian recs to my right, friends, talking away in their native tongue, playing pretty tight to start but now loosening up. One of them opens to 80 UTG. I totally spazzed out on every street, made it 240 pre w AhTx. He calls, flop is Q73hhx. I bet 340 into 510, he calls. Turn is like 2h. I bet 1k into 1190, he calls super quickly and super not-happy-about-it-ly. River 5x and he snap checks. I bet 1800 into 3190. Like I say, a genuinely awful hand of poker, but here’s where it gets fun. I can feel myself getting very nervous, and the adrenaline is obviously hitting this kid coz he starts shaking as he insta cuts out chips. He cuts out the chips and they’re right on the line. He’s ruffling them, looking at his hand, talking out loud, shaking his head, picking up the chips again, putting them down, looking at his hand. FOUR times he put the 1800 back into his stack, and then picked up his cards, and then cut out calling chips again etc. All the while my drunk Dutch mate from London (dunno if he wants named so I’ll call him S) rolls his chair over from his table and shouts “yoooo gazzy we going out tonight bro? Let’s go to XS!” I’m like err 1 sec mate. Rec is still talking away to himself and he cuts out chips to call yet again. I throw caution to the wind and start talking to him. “What do you have?” He’s mumbling away and basically I just start begging him to fold. “If you fold and show I’ll show you too.” This whole saga is going on for a few mins, S is holding 3 beers and still watching, and eventually the guy folds. I offer to show him and him only and he refuses. I then tell him if I was bluffing I’d have shown the whole table, and he believes me. Tries to tell me he has AA lolol. Anyway I go over to S’s table and first thing he says is “your bluff got through huh?” I’m like how’d you know and his whole table bursts out laughing as he says the minute I started talking I was obv begging for a fold. Absolutely superb bants!